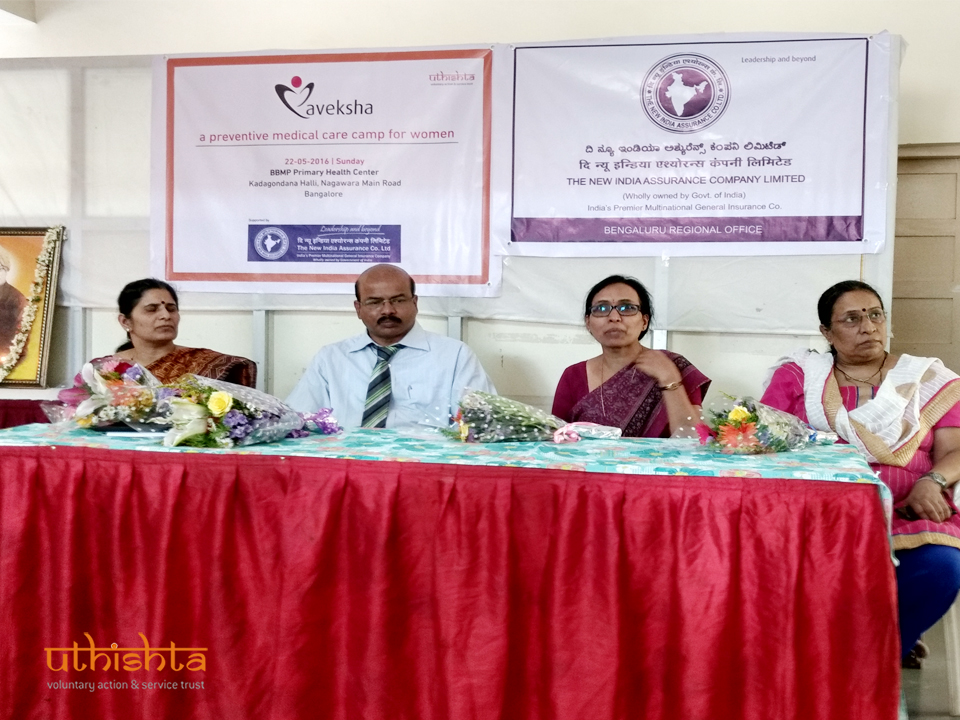 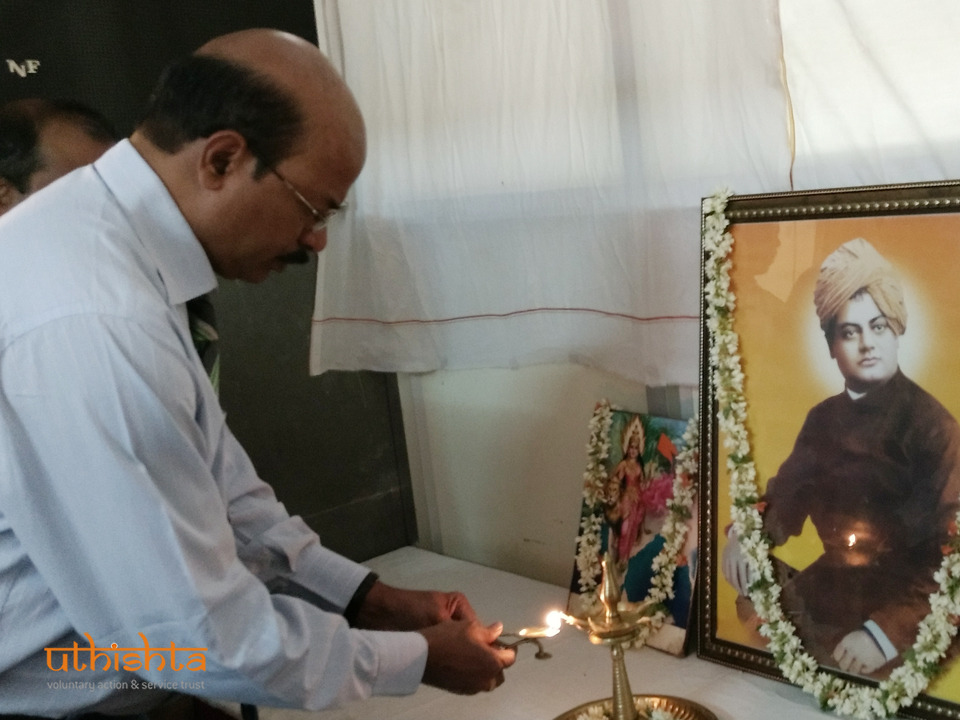 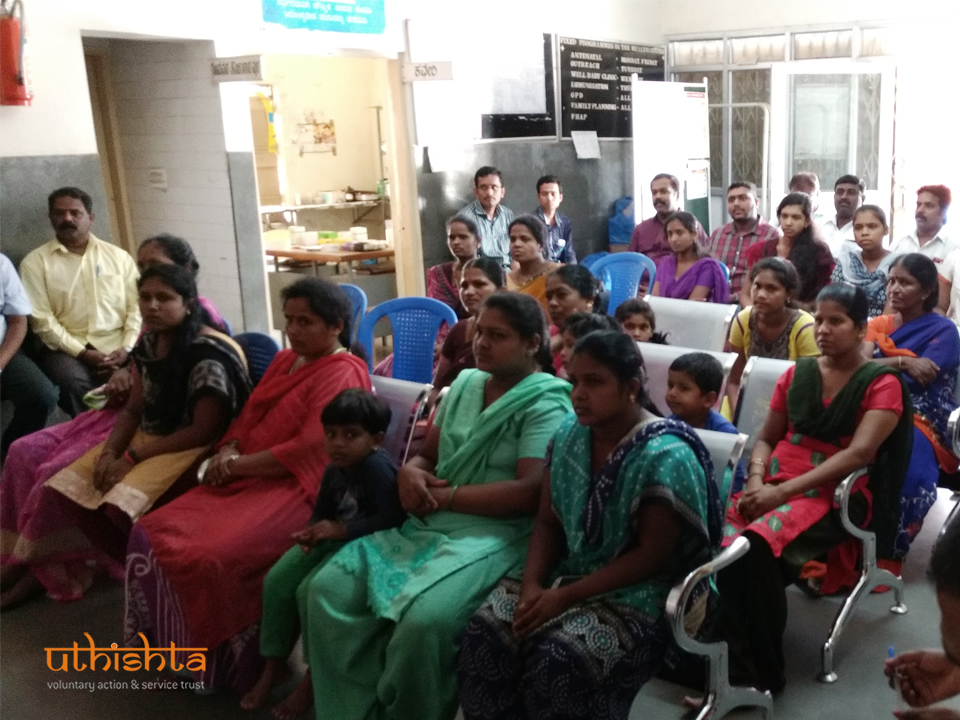 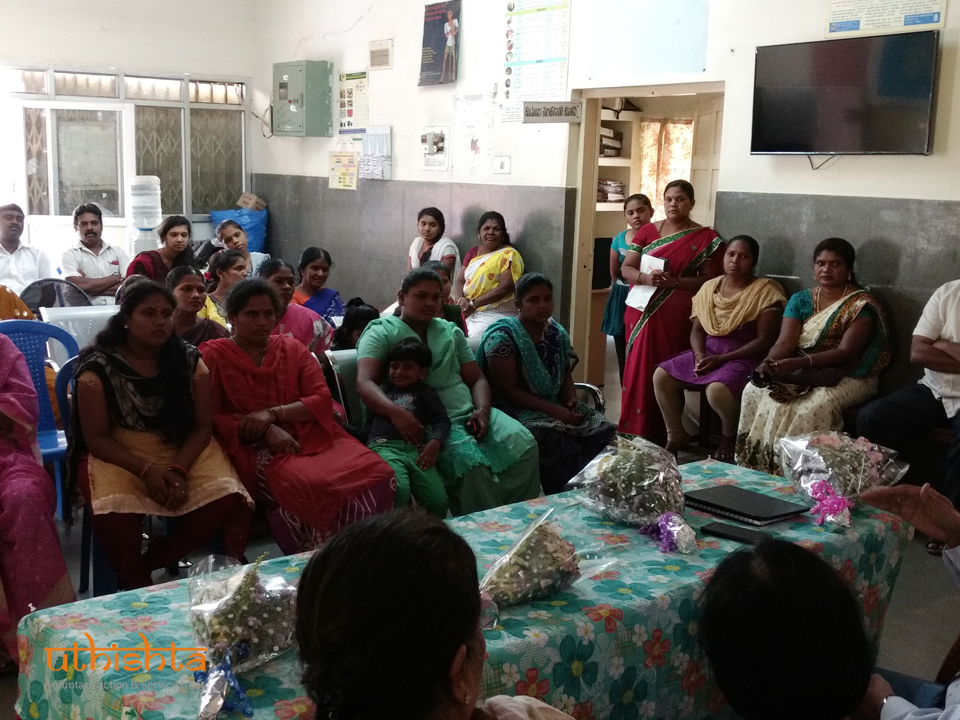 Aveksha – a preventive Medical Care program for women from lower income families. The first medical camp under this program has been conducted successfully at the BBMP primary health center, Kadugondana Halli on 22nd May 2016. This was supported by The New India Assurance Company Ltd, Bangalore Region, under one of their CSR initiatives.

Dr. Leelashree enlightened the audience about the importance of preventive check-ups and taking timely advice from doctors in order to prevent later complications. She explained how important it is to protect the health of women for the total wellbeing of the family. Uthishta is planning to conduct 12 such camps in the next one year at different locations. We intend to make it more effective by including counselors, dieticians, and other related experts.

As part of the preparatory steps, volunteers had visited the nearby slums to give publicity to this camp and also flex banners were displayed. About 50 women in the age group of 15 to 50 have come forward to participate in the first camp. Enough chairs and a shamiana were arranged for the use of waiting patients. Coffee and drinking water were also provided.

Dr. Leelashree and Dr. Rekha, both Gynecologists, attended the camp. Dr. Leelashree has been working for Bowring Hospital for many years. Dr. Rekha is a senior doctor in the military hospital with many years of experience. About 15 volunteers from Uthishta worked in organizing the camp and facilitating the participating beneficiaries during the event. Breakfast and lunch were provided for the doctors and volunteers. Medicines were prescribed for 22 patients. Medicines worth Rs 18, 817/- were made available by Uthishta, part of which was distributed at the camp, and the remaining was kept for the upcoming events. A few of the patients were advised to undergo further tests and follow-ups. Manjushree Specialty Hospital, Ulsoor agreed to do the prescribed tests and do the follow-ups. Uthishta struck an agreement with the Hospital for the follow-up treatment of 16 patients so advised.