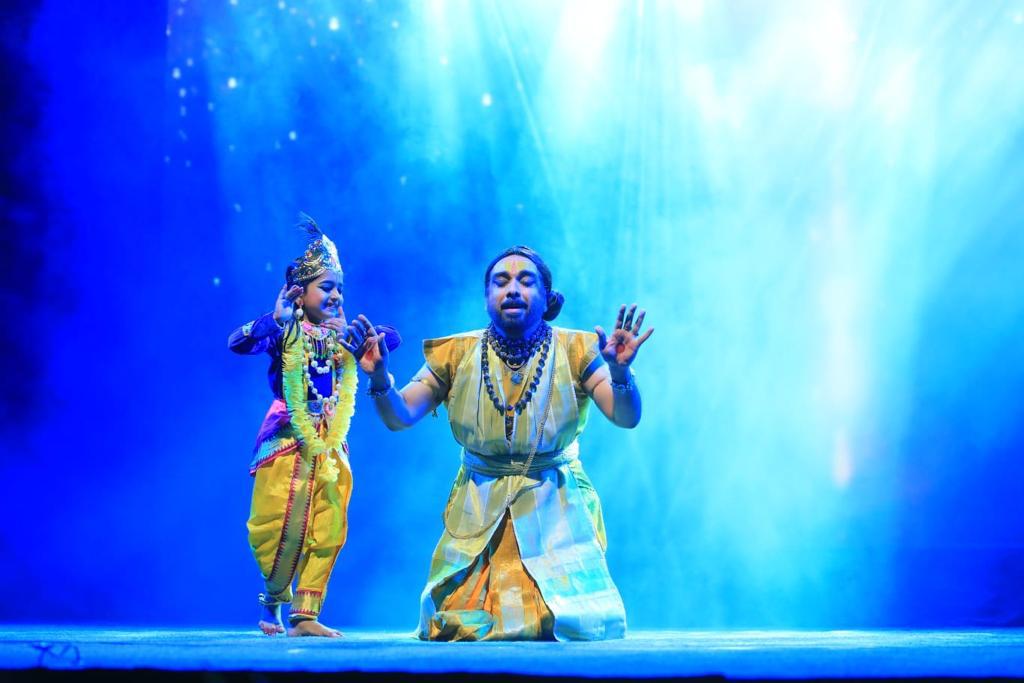 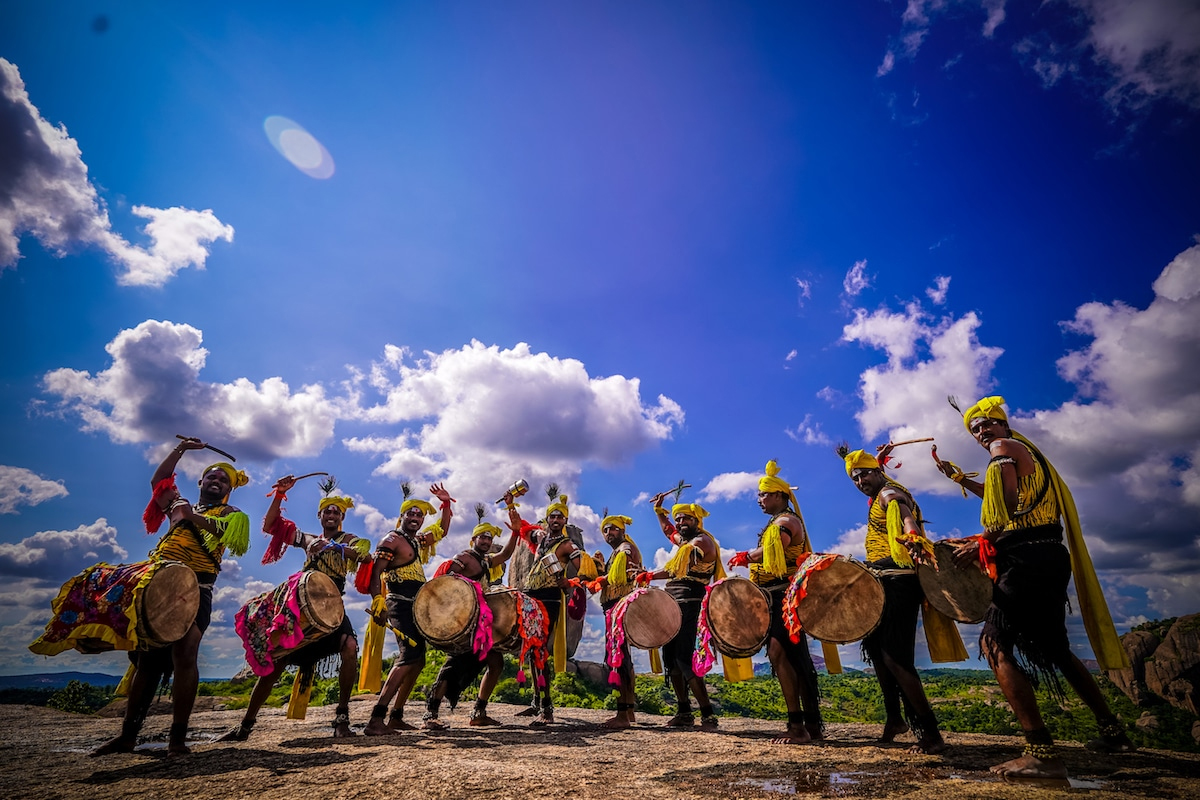 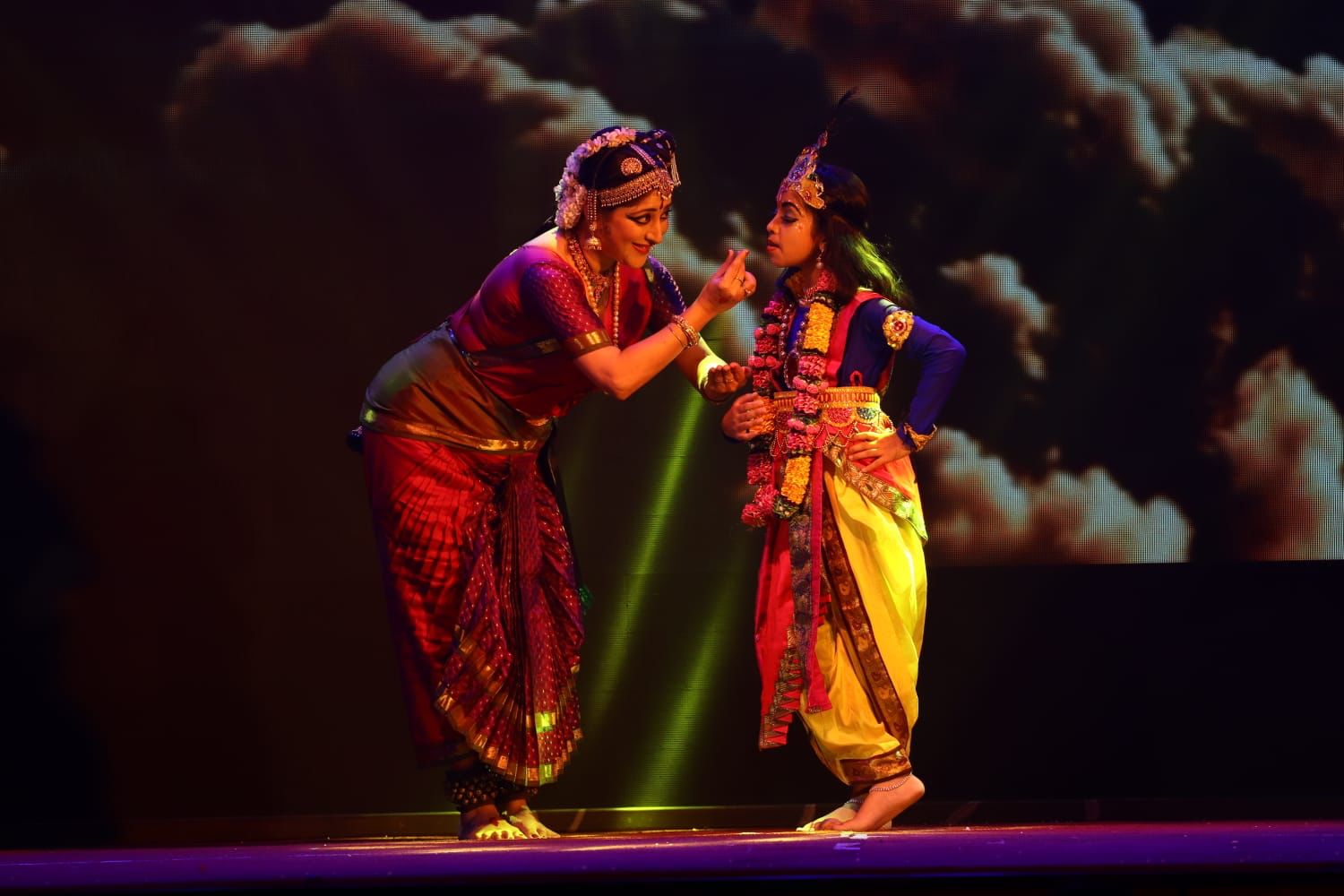 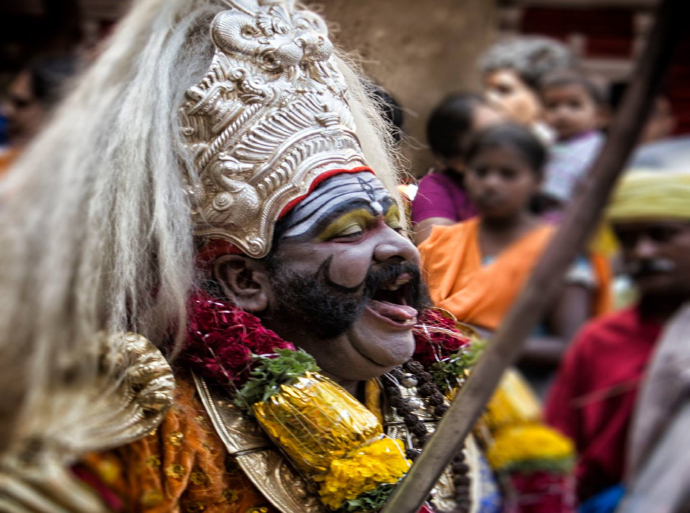 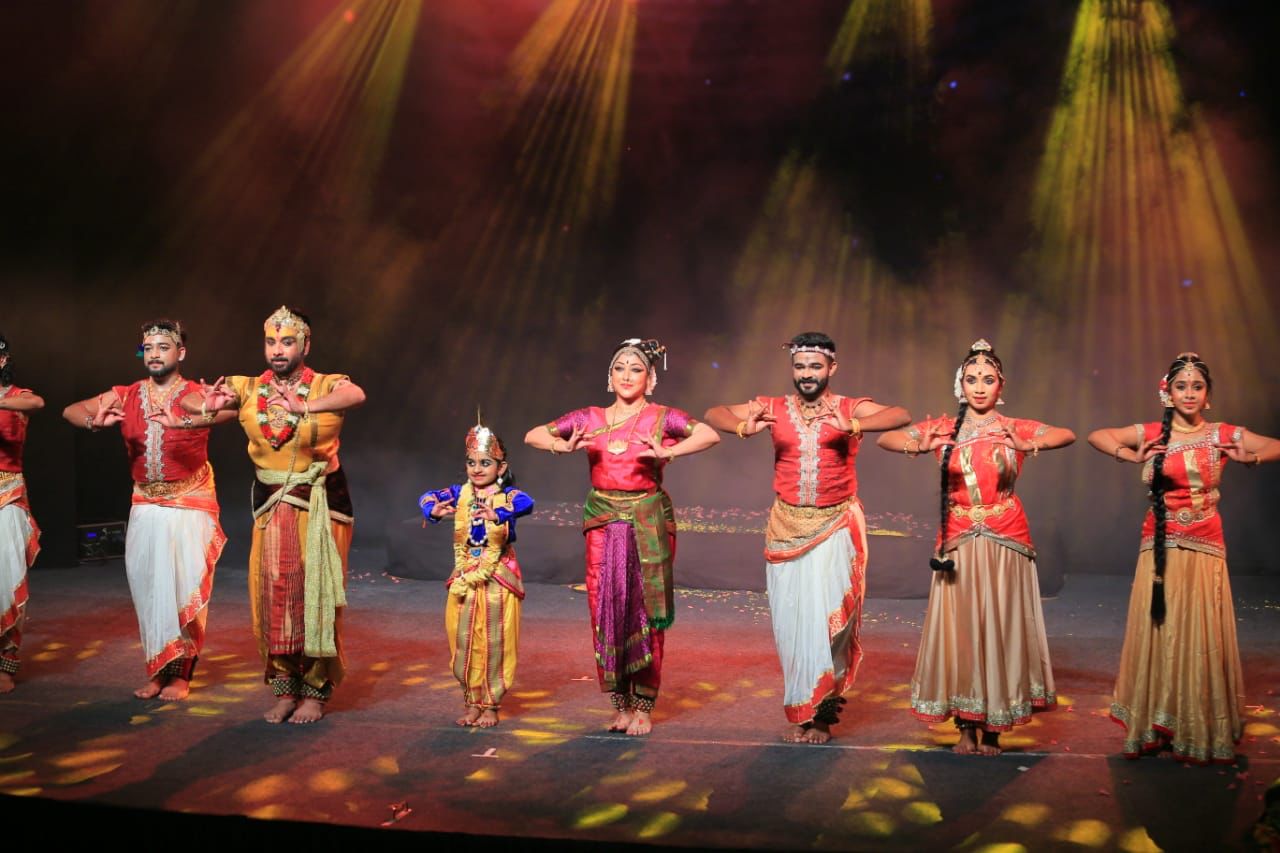 True to our tradition and continuous endeavour to support cultural programmes and performing arts, we are organizing a cultural extravaganza ' The Uthishta Utsav 2023' on 25th of February, 2023 at New Horizon Public School, Indiranagar, Bangalore. As part of the programme, we have arranged  Folk Dances of Karnataka and Njaanapaana-  A Dance Presentation   by well-known artists in the respective area which we believe will entertain and enthuse the audience well during this cultural evening, Uthishta Utsav.

Mahesh is a folk dance artist who has been performing Dollu Kunitha. He has been a part of Karnataka Janapada Kala team which has been created and registered under the name Kempe Gowda Janapada Kala team. His team has been conducting programmes for the last 20 years. This being an art form for the men of Karnataka, in the sense, it has to be performed with a lot of effort and energy. His team has been performing these programmes across all states for the last 20 years. According to Mahesh, as far as the origin of Dollu Kunitha is concerned, it is said that there was a demon named Dolla-asura. He prayed rigorously to Lord Shiva. In return, he requested Lord Shiva to grant him a wish. Dolla-asura swallowed Lord Shiva. After being swallowed by Dolla-asura, LordShiva grew in massive proportion inside the demon’s stomach. Being unable to bear the pain, Dolla-asura pleaded Lord Shiva to come out. Lord Shiva came out by tearing open the demon’s stomach, killing him in the process. Lord Shiva used the demon’s stomach and the skin to make the drum. The demon’s arms were used as sticks to beat the drum. The demon’s intestine was used to make the band wear the drums around the neck. Lord Shiva expressed his anger through this violent form of dance.

According to Mahesh, his team members are versatile and can perform various jobs. While some are drivers, farmers there are others who have taken up government jobs. However, for a few of them, Dollu Kunitha is the sole profession. Apart from this, he believes in moving on with life as per the God’s will. Though the team comprises of drivers, farmers and government employees whenever an opportunity arises for a programme all of them come together to perform. They lead their life from the earnings so generated. Mahesh along with his team has performed in all most all states of India like Delhi, Hyderabad, Chennai, Gujarat, and Ahmadabad.

Njanapaana is a devotional poem written by the 16th century Malayalam poet Bhakthakavi Poonthanam Namboothirippad. Njanapaana is a darshanika kavyam or philosophical poem expressed in simple Malayalam for ordinary people. It  is noted for its literary quality, the use of simple phrases, its philosophical strength and reflects Poonthanam's deep bhakti to Guruvayoorappan. Njanapaana consists of 360 lines of verse written in the pana metre of Malayalam poetry.Poonthanam Namboothiri, an ardent devotee of Shri Guruvayurappan, transforms his unbearable sorrow from his infant son’s death into a yogavishesham. He used this sad experience to build his Bhakti soudham or house of devotion and opens it for all devotees for all time. The line "unnikrishnan manasil kalikumbol,unnikal mattu venamo makkalai" (When the baby Krishna plays in one's mind, does one need one's own children?) expresses the poet's grief at the death of his child and his deep devotion to Guruvayurappan even in that grief-stricken state. Even though the language is very simple, this song of wisdom deals within it with the essence of the Srimad Bhagavatam, Bhagavad Gita. The dance presentation is in eight segments along with audio video support.

Entry only for members, For membership https://www.uthishta.org/membership